Back the Climate and Ecological Emergency Bill

We know we are in an emergency and that the Government isn’t doing enough.

The Climate and Ecological Emergency Bill can change our course — making the Government act with the urgency we need and involving everyday people in a Citizens’ Assembly that has real bite.

The Climate and Ecological Emergency (CEE) Bill has been developed with members of XR alongside members of the successful Big Ask campaign that led to the Climate Change Act in 2008, with contributions from prominent scientists and academics.

If the CEE Bill is made law, the Government would have to act fast, accounting for our entire carbon footprint while actively conserving nature here and overseas.

What is a bill?

A bill is a proposal for a new law, or a change to an existing law that is presented for debate before Parliament. It must be passed by the House of Commons and the House of Lords.

Key facts from the CEE Bill

The CEE Bill gives the Prime Minister a duty to ensure that the UK achieves specified objectives on climate change, ecosystems and biodiversity and outlines a framework for how this can be achieved, including establishing a Citizens’ Assembly.

According to the CEE Bill:

Article by Rob Hopkins about Why the Climate and Ecological Emergency Bill could lead to a revolution of the imagination.

What would this mean in practice?

What are we asking MPs to do?

We’re asking all MPs to sign the Bill and publicly back it. We need the support of as many MPs as possible so that the Bill can move forward. The more MPs that back it, the pressure grows on Government to give it parliamentary time and continue its journey to becoming new law.

It will first be presented as a Private Member’s Bill in the House of Commons which sets it off on its journey. Only one MP can put it forward, but there can be 12 names on the Bill itself, with further MPs declaring their support. It needs widespread support to be successful and move through to the second reading in the Commons.

A bill must be passed by the House of Commons and the House of Lords. We need a simple majority of MPs present (or peers in the House of Lords) to vote in favour of the Bill in order for it to be passed. It is then given Royal Assent and becomes an Act of Parliament – i.e. it enters into law.

If you know that your MP is going to vote for the CEE Bill then be hugely supportive of them!

For MPs who haven’t publicly stated their support for the Bill, XR rebels and campaigners can act in a number of ways:

Share the bill campaign on your social media networks. Ask your friends, family and community to back the bill and contact their MPs too.

How can I find out more?

If you still have questions, you can email the CEE Bill campaign team at CEEbill@protonmail.com 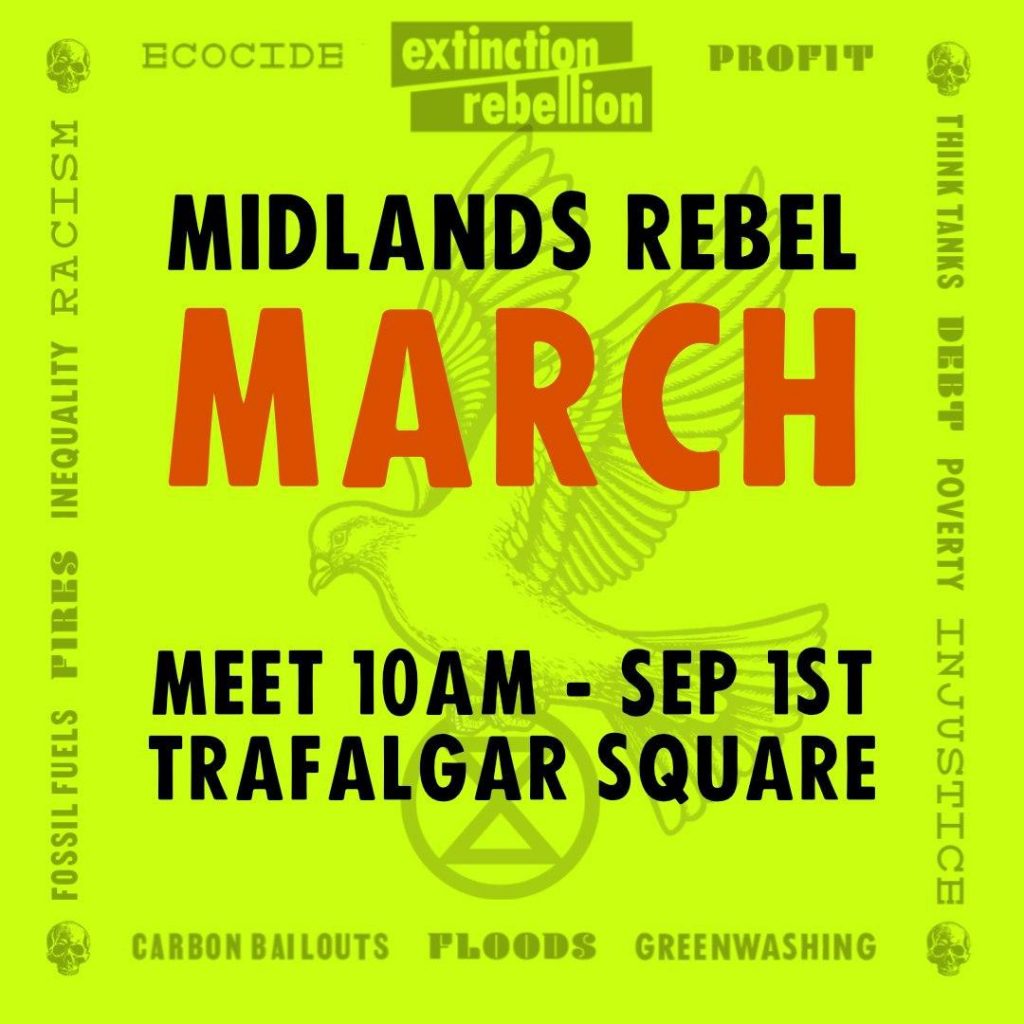 1st September! Midlands rebels meet at Trafalgar Square, London at 10am. Then march to Parliament Square where we will occupy space outside Parliament to demand that MP’s back The Climate and Ecological Emergency Bill (CEE Bill). ⁠
⁠
This bill is the only concrete plan available to address this crisis, and so on their first day back in Parliament, we demand our elected officials Act Now and embrace this legislation. It’s time they represented their constituents, not dirty polluting lobbyists! ⁠
⁠