Hope you are safe and well during these difficult days. The year has started with a bang:

With planning consent granted, works are likely to start soon. Your help is needed – everything from supporting a legal challenge to protecting trees.

The A38 expansion will directly generate 131,000 tonnes of CO2, fell over a thousand trees (including many mature ones). The veteran oak (~300 years old) is to be killed (see photo at the end of this email). For four years air pollution in Derby will be made significantly worse.

In a climate and ecological emergency, the government is committing to spend £3bn on supporting nature, £27bn on roads and £106bn on HS2 – WTF! 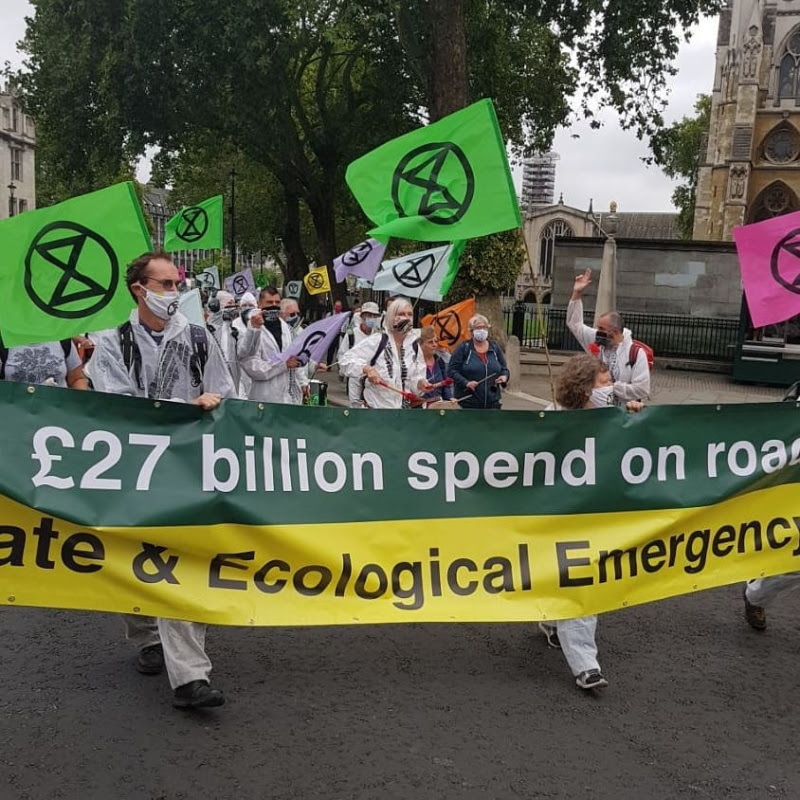 XR Derby and Chesterfield rebels are starting to receive court summonses from the September rebellion. Despite the pandemic, they are being required to attend court in London for first hearings. It is astonishing to what lengths the State will go to prosecute peaceful protestors doing things like marking the road with (washable) chalk!

Call to action – please support our rebels in whatever way you can. They are making big sacrifices. If you can help out in any way (regen, fundraising, etc.) then contact hello@rebellionderby.earth. XR Derby hold regular Zoom meetings every Monday evening, email us to get details.

2020 has been a time of challenge and development for Extinction Rebellion. The movement has had to learn on its feet and adapt to a continuously changing landscape.

As part of our regenerative culture, we need space to reflect, learn and plan for the future and this visioning workshop has been designed with this in mind.

The aim of the workshop is to give each person in the group a chance to express their visions for XR and be an integral part of the planning and decision-making process.

Another aim of the workshop is to make a visual plan with reachable targets ,so working towards a big goal in 2021 is tangible and realistic

Looking to become more involved in 2021… all are very welcome!

Call to action – check out:

Sobering new report says world is failing to grasp the extent of threats posed by biodiversity loss and the climate crisis.

This is a Climate Emergency – Stop Building Roads!

The above photo is of a mature oak near the Curly Wurly Bridge / Markeaton Park – one of hundreds to be felled.

In the local press: 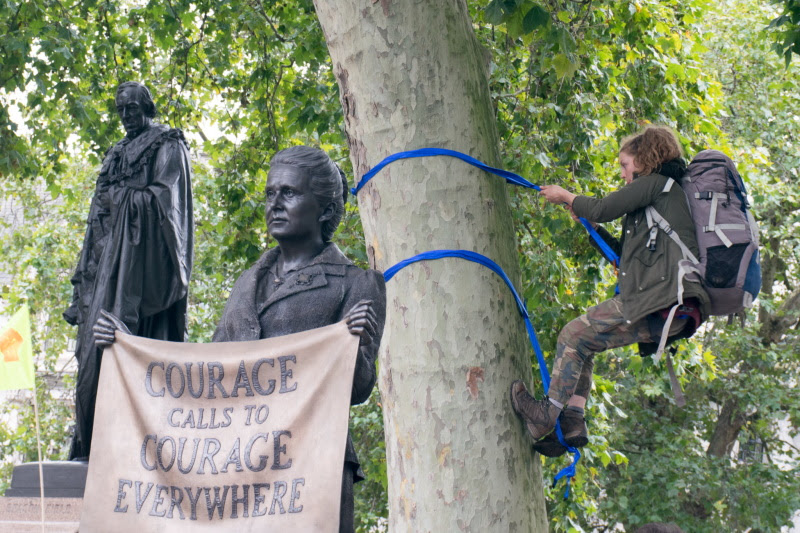 Amazing photo from the September rebellion – an HS2 protestor climbs one of the trees using only two slings (a very challenging thing to do, especially with a heavy backpack and swarms of police at your feet)!

The statue in the foreground reads “Courage calls to courage everywhere”, and celebrates both Suffragists and Suffragettes.